As most of you have not known, I was very close to be on TV last year! Perth Education City (a government org’) wanted to promote Australian education to a potential market which is Vietnam; they were going to hold events and conferences in Ho Chi Minh City, an interview (pretend to be live) would be shown on one of those nights, and HTV (Ho Chi Minh City TV station) was supposed to air a live broadcast of that particular night. Surprisingly they went to my school Phoenix to look for people to take part in that interview, and they chose my cousin and me (not so surprising to be honest

). So we were supposed to be main characters in a 15 min interview it meant we would be on HTV. However, somehow their timing did not work out and it was cancelled without us having any notification. It was a shame because we even asked friends to join us, as the interview required us to have some international friends as kind of a “background” of the interview.

Anyway, that was over one year ago, and today I actually did take part in the filming session of a documentary which is supposed to be on SBS (and some countries in European as well). I hope they will not cut the parts I was in, and if it works out, this time it will be Australian TV, and even international. (haha)

Well, actually all we did was staring at the camera for few minutes

, either in groups (based on skin colours and nationalities) or individually. Our Vietnamese group had one shot facing the camera for 30 seconds, our backs faced the camera for 1 minute (during it the girls chat about how a girl’s highlighting was so nice and which shop did nice Asian hair style, lol

), and our sides for another 30 seconds, lol. We then each had to take some kind of “passport photo”, and I had another shot with the camera in my traditional costume (6 seconds not smiling and 6 secs smiling). Haha really have no idea what they are gonna do in the film, since this documentary is about explanation of why people have different skin colours, I guess they’ll add audio and/or subtitles or something to those “staring” scenes

But what I want to say is today was such a nice and interesting experience to me. I met and talked to people from all different corners of the world, some girls from Syria, a guy from Israel, people from France, Singapore, Germany, Sweden, Norway, etc. It’s also interesting to realise that many people nowadays are mixed, like a girl who is the combination of Spanish, South African, Syrian, and Javaness; an Israeli guy who looked like French, and French guy looked like from Middle East, or people who are mixed between Chinese and Vietnamese, Chinese and Malay; not only mixed in blood but they are also mixed in cultures, like a French guy who could speak amazingly fluent Chinese, and most people are the mix of their own culture with Australian culture. It was just so interesting to see how wrong it is to judge people by their looks. This is also the aim of the film, to scientifically explain that we humans are actually all the same, skin colours are nothing but the way of nature for our bodies to adapt best with different environments (the absorbency of vitamin D).

The second thing I want to say is I actually never talked to so “many” Vietnamese like that in Aus. They are actually Australians (born here or spent most of their lives here, or even mixed Vietnamese and Chinese blood). I never actually got to know Vietnamese who were born here, and was quite surprised about how nice the girls I met were. And the thing I’m happy about the most is they all call themselves Vietnamese (“Where are you from?”, “I’m Vietnamese”, though she was born in Australia), and feel proud of that. I also liked the way the girl who has a Chinese father and a Vietnamese mother called herself “Chinese Vietnamese” instead of the other way round (In the traditional costume part she said she had a Chinese dress as well, but she chose to bring Vietnamese “ao dai” because it’s “nicer”

– haha I’m sounding “racist” here aren’t I). The girls were really friendly and nice and funny that we actually made very good friends just in those few hours waiting to be filmed. And they care about Vietnam, they feel happy when the country is rapidly growing, instead of denying the country of origin like some people I’ve known. I was also surprised that although this participation thing was volunteering and quite random, there was not anyone who is Japanese or Korean or original Chinese, but there were 5 Vietnamese in total (of which I was the only one who is “original Vietnamese”, meaning born and lived most of the time in Vietnam). And I also happened to be one in very few people having original black Asian hair.

The most interesting part of the day was when most of the filming was over and just people who brought traditional costumes stayed to do few more shots. To be honest, I was so so so proud that people loved the traditional costume of my country (which is “ao dai” in Vietnamese). They just all let out gasps when they first saw it, and kept telling me how gorgeous it is. All the time I just couldn’t stop the proud smile on my face. Honestly, they just adored it. There was this French guy kept giving me thumbs up when I was filming, and this African boy insisted to take (a lot of) photos with me, haha (but after that he followed me to train station and all the way to city which scared the hell out of me, however with all the lessons learnt from meeting so many strangers before, I managed to not give him my number without being rude, yay!). Though I partly think I looked quite silly in it with that hair style, I don’t care since people just LOVED it, those who matter don’t mind and those who mind don’t matter 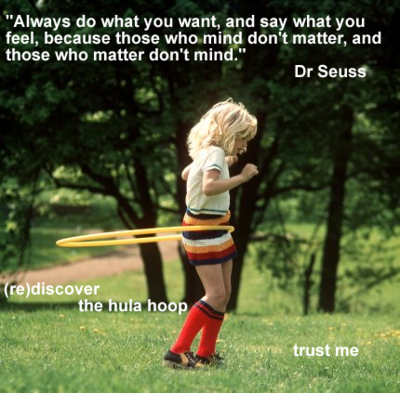